I thought I could manipulate the Comic Antique theme enough to make it work, but after awhile, I realized it didn’t have the versatility I was after.

So, off I went to search for a different comic book theme. There are some really great ones out there, but most of them are premium, expensive themes. I did happen to come across a tutorial for creating your own comic themed blog. I am pretty good with Photoshop and my HTML and CSS skills are ok, so I thought, “why not?”

The tutorial I found was over at Webdesign Tuts+. I’ve been to and used their site before. Love them! The tutorial I used was this one. As you’ll see I used a lot of the same elements as they did, but I also manipulated and changed a fair amount of them. After a few days I came up with the following mock-ups: 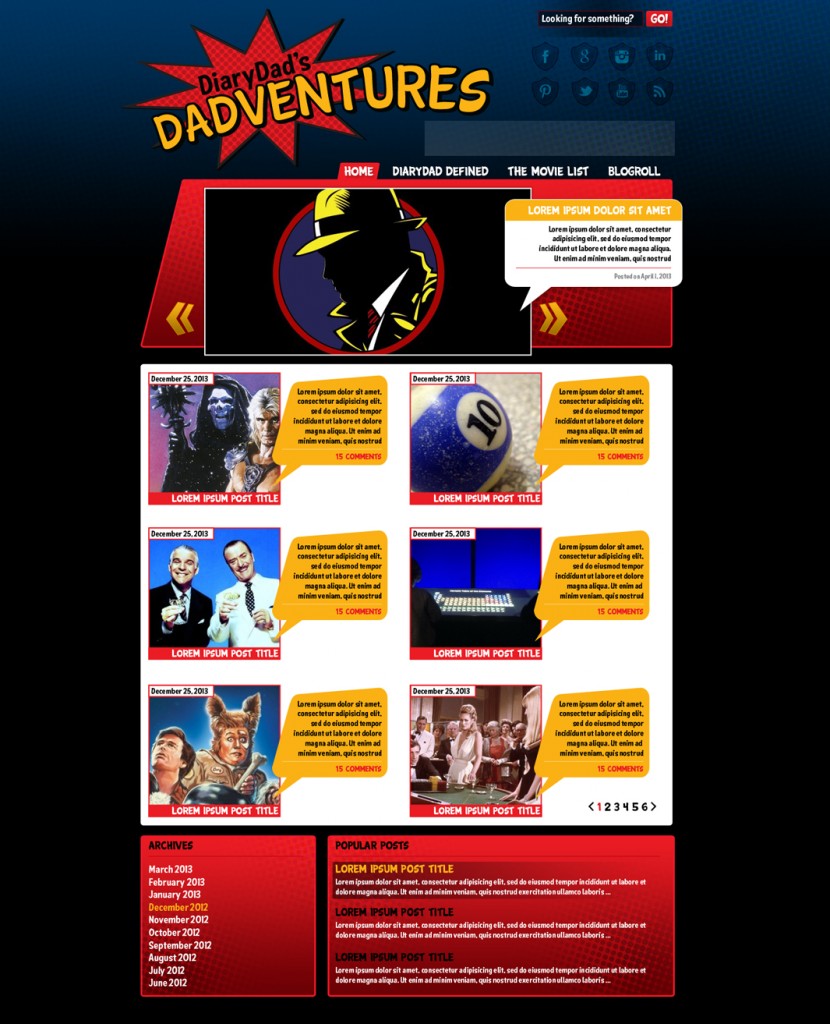 My brother really wanted a side bar so I switched it up a little. 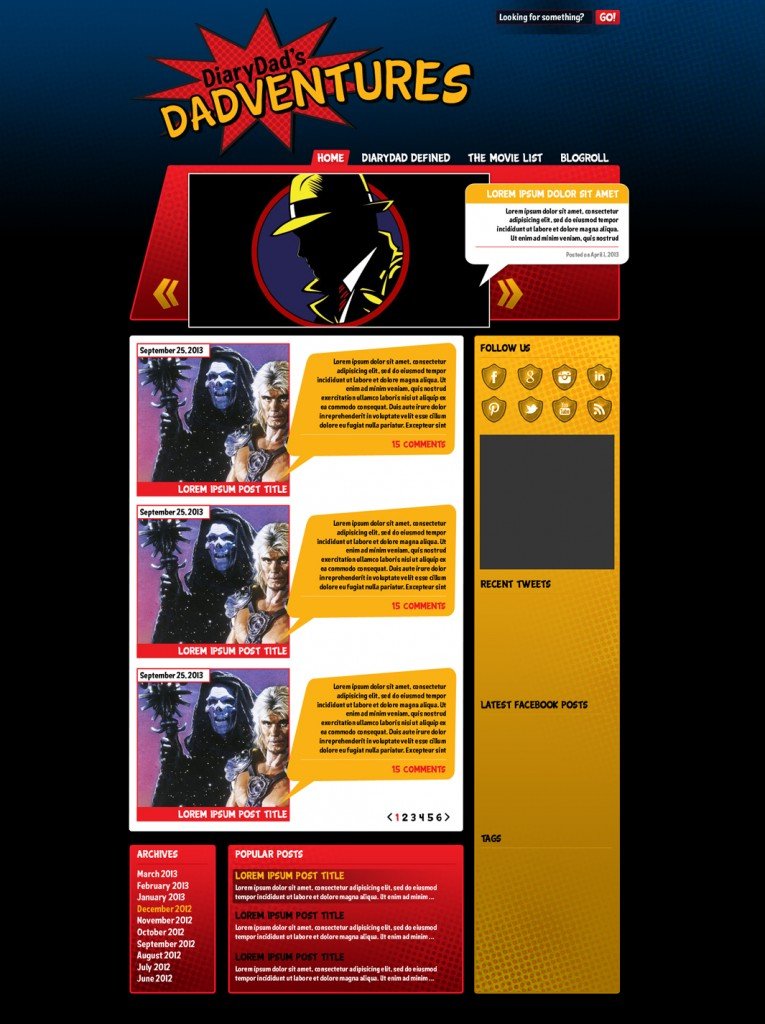 Then I played around with the colors a bit and ended up with this one. 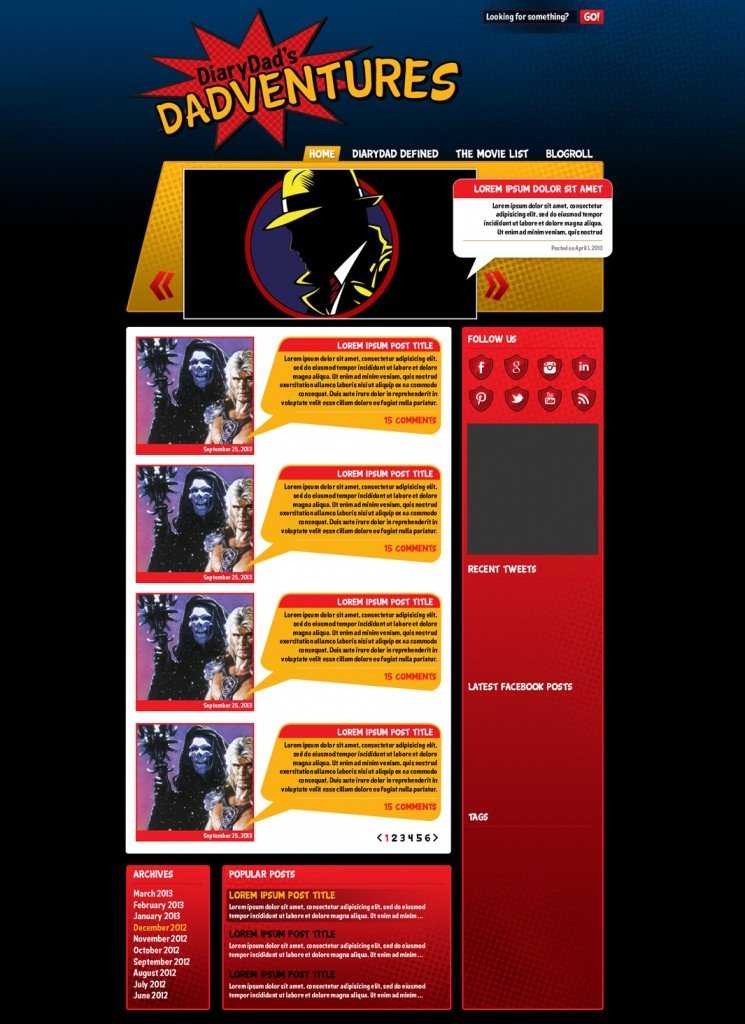