Several years back (eight to be exact) I had several friends and family members living out of town. I tried to send packages and letters to them fairly frequently. I didn’t ever want them to be boring and for the most part they weren’t, but that year I got it into my head to make and send everyone a firecracker or two.

I went the store and bought some poster mailing tubes and a bunch of caps. (It’s good to have an idea of how many you’re going to make so that you don’t have to go back and buy more caps.)  I had someone saw the tubes up into varying sizes no longer than 16 inches and no shorter than 6 inches.

Then I got out all of my patriotic paper and started cutting it up. I cut out a lot of stars and thick and thin strips of paper. I think there was even a zigzag in there as well.  Then I glued a base paper for the body of the firecracker and a smaller strip for the top.  I then started gluing my strips of paper and stars in various patterns on each. I don’t think any of the 16 I made were the same.

When I had all of the paper glued on I looked them over and felt they were missing something.  So, I took out my handy black pen and outlined various parts of each of them.  I had some pipe cleaners in my craft supplies, so I took those out and started curling them up.  When they were all ready I poked a hole through the top caps and shoved the pipe cleaners in. I put the caps on and ta da! I had super cute firecrackers.

If you’re using them for decorations then they would be set to go at this time.  Since I was mailing them I filled the insides up with candy, cookies and other treats.  I can only imagine how much fun it was to find these in my mailbox.

Here are all 16 of mine, plus 3 close-up shots of them. If you make some for yourself I’d love to see pictures of your creations.  You can send them to me here at contactus@design-ability.com. 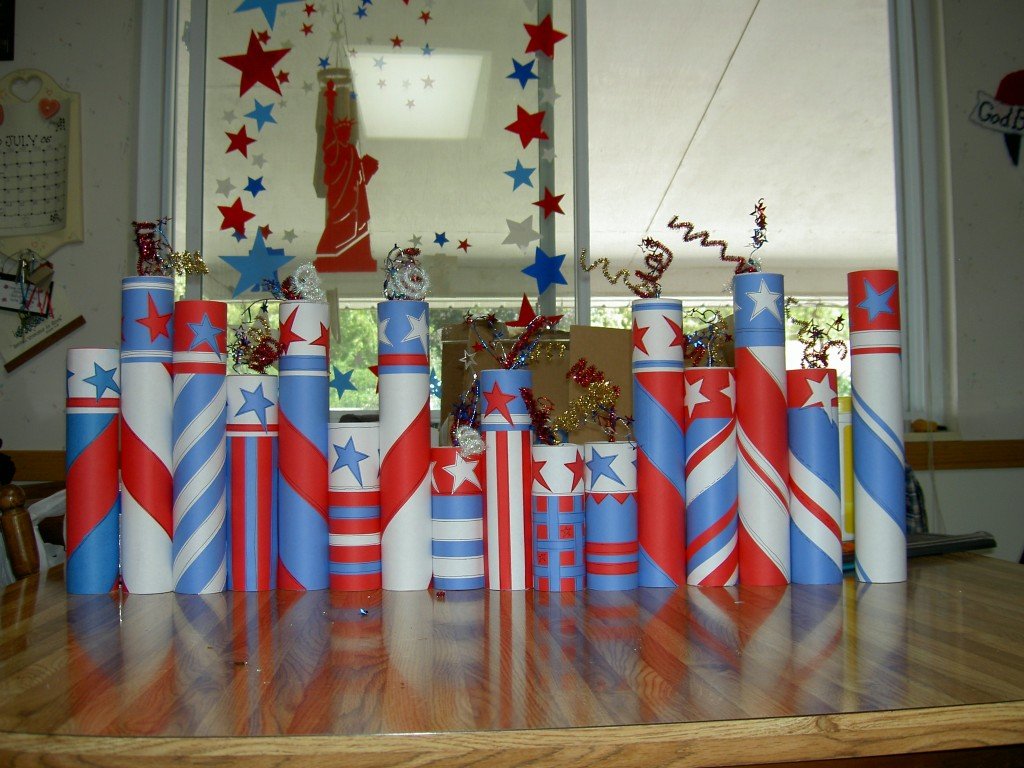 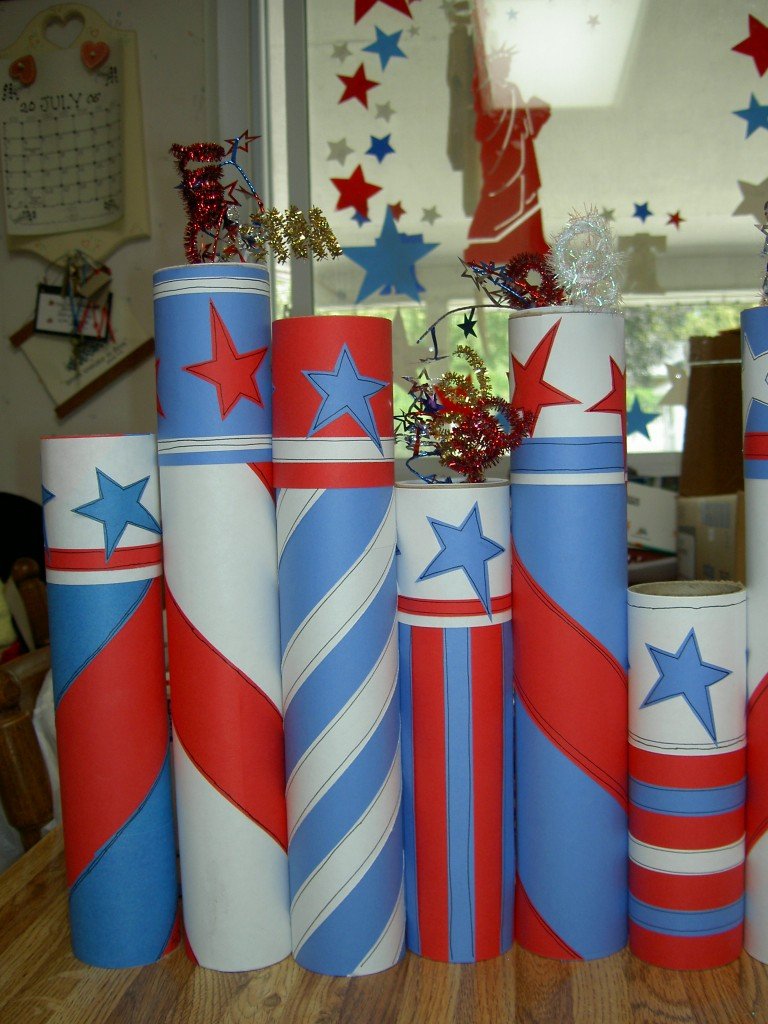 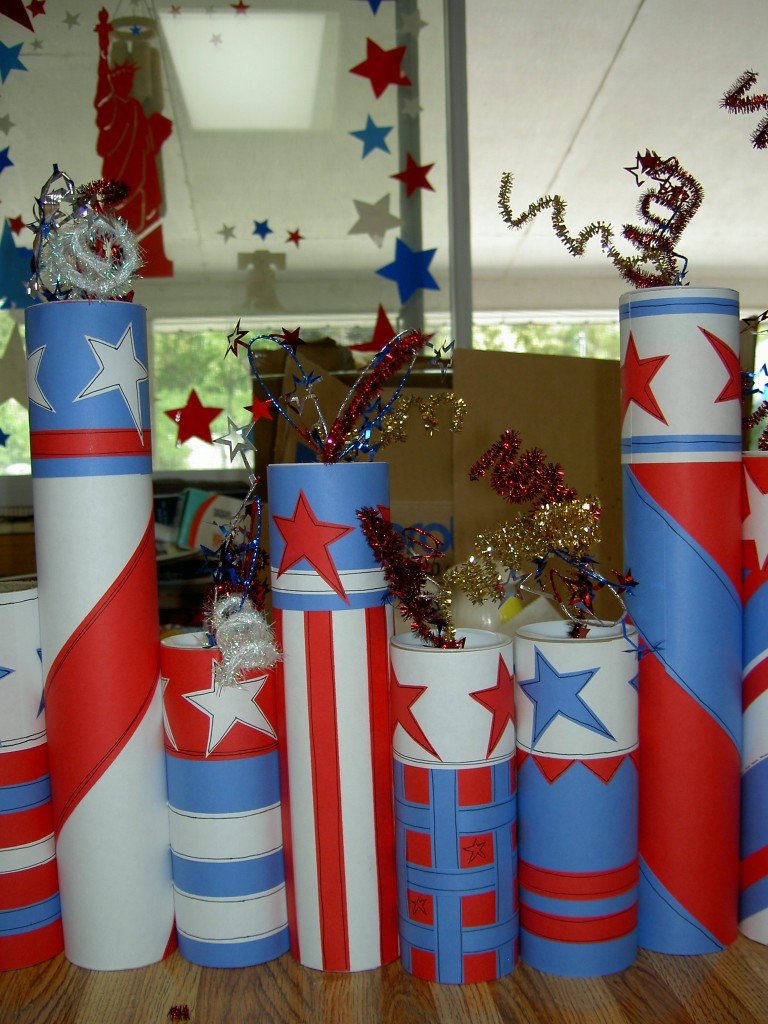 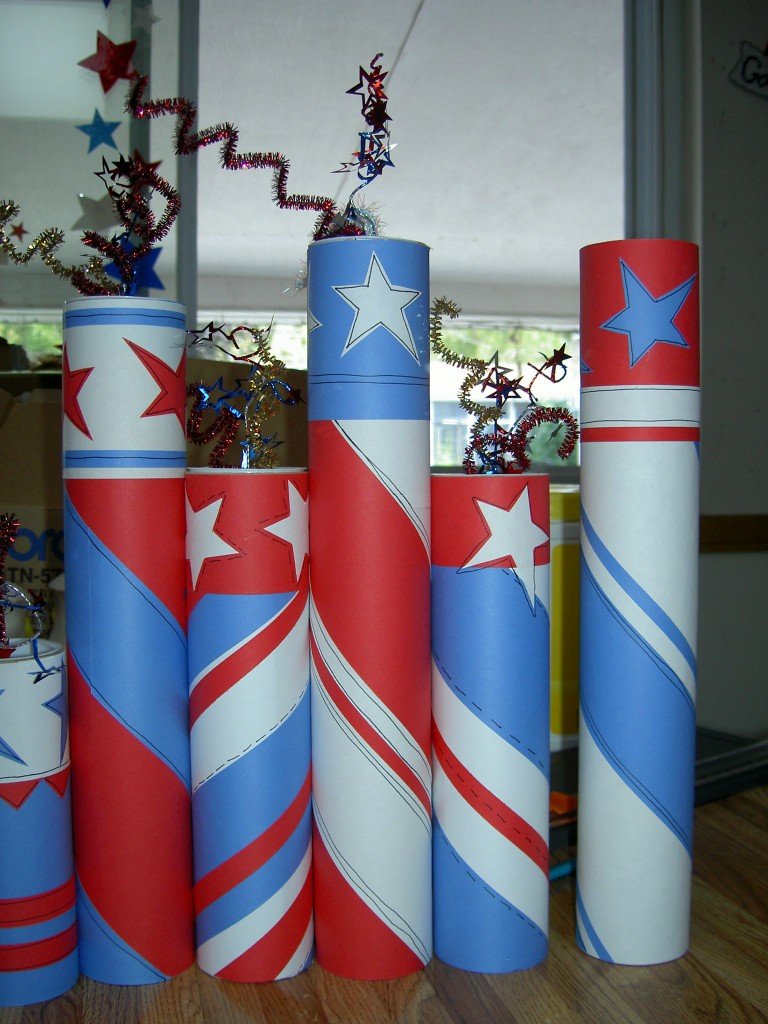