A couple of years back I had the idea to make a romantic movie quote calendar – three hundred and sixty six quotes from romantic movies. It was quite a daunting task. About that same time I had a rough time sleeping. I’d seem to get only three or four hours a night. I guess you could say it was a blessing in disguise because I all of the sudden I had a few more hours in my day. I was always tired, but I had a lot of time to work on this project.

I scoured my movie quotes files and then the internet for great romantic movie quotes. I also watched a fair share of movies, pausing so that I could write down the quote. It was a tough job, but I can’t say I didn’t enjoy it.

Once I had compiled the quotes I wanted to use I spent some time coming up with the fun design and different color schemes for each month. I created a template in InDesign and then dropped my quotes in. I made it so that the title of the movie was small enough in the corner that you could put your thumb over it, in case you wanted to make a game of guessing what movie it came from.

I gave my friends a copy of it for their birthdays that year, with the stipulation that they’d tell me if I had any typos or errors. I knew there were probably a few typos because, well, the sleep deprivation meant I wasn’t on my ‘A’ game.

It wasn’t until last year that I decided to add to the website, which meant creating a cover for it. Every year I try to design a fun Valentine with my favorite movie kisses, or couples or the handsome men I love. As I was looking for inspiration for the cover I ran across one of my old valentines and thought it was perfect. Just a couple of tweaks were made and it was ready for the internet store! 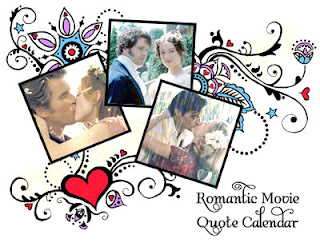 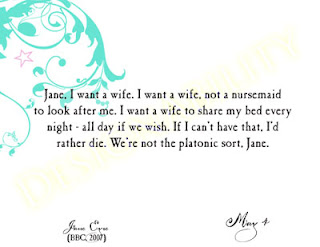